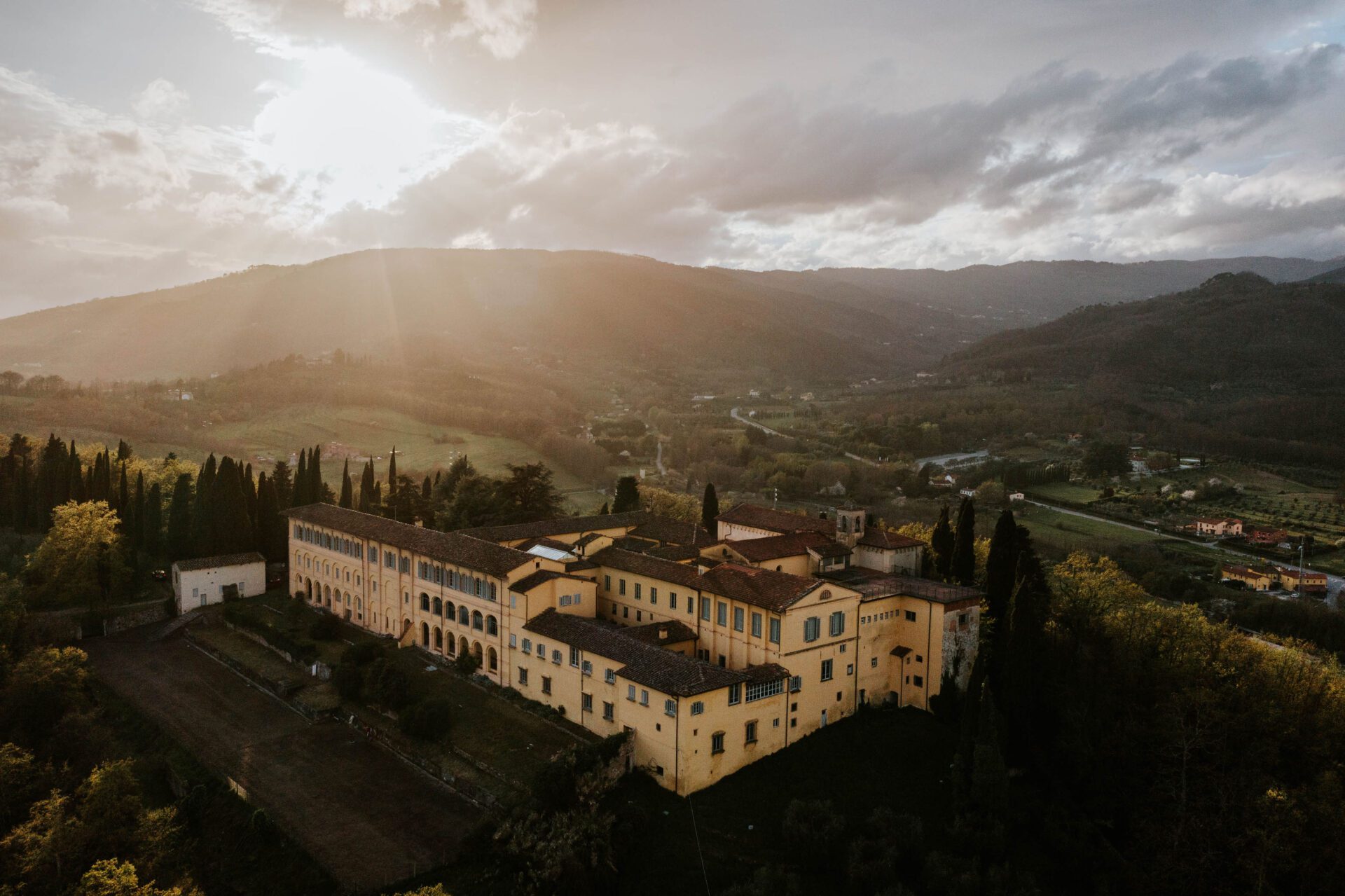 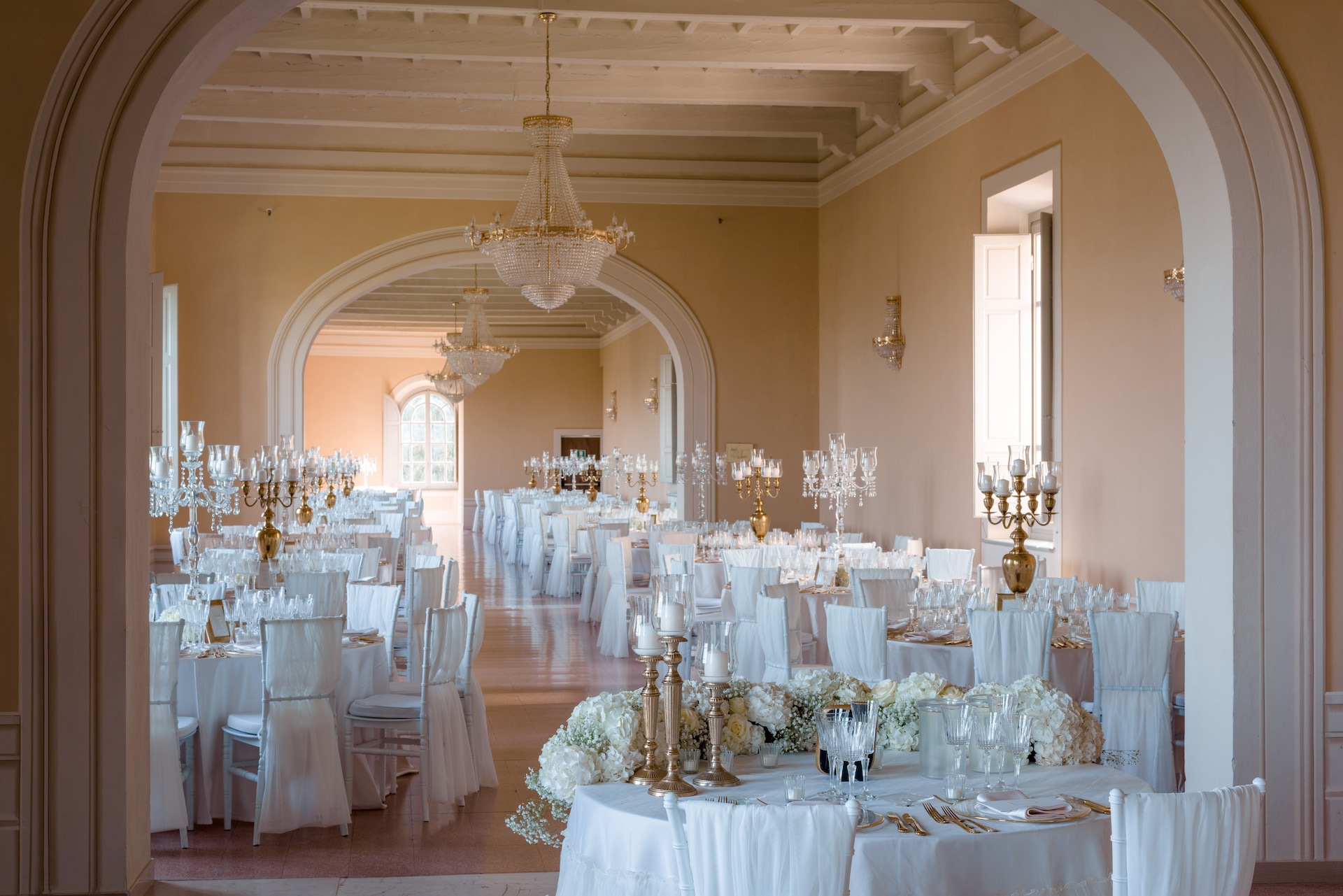 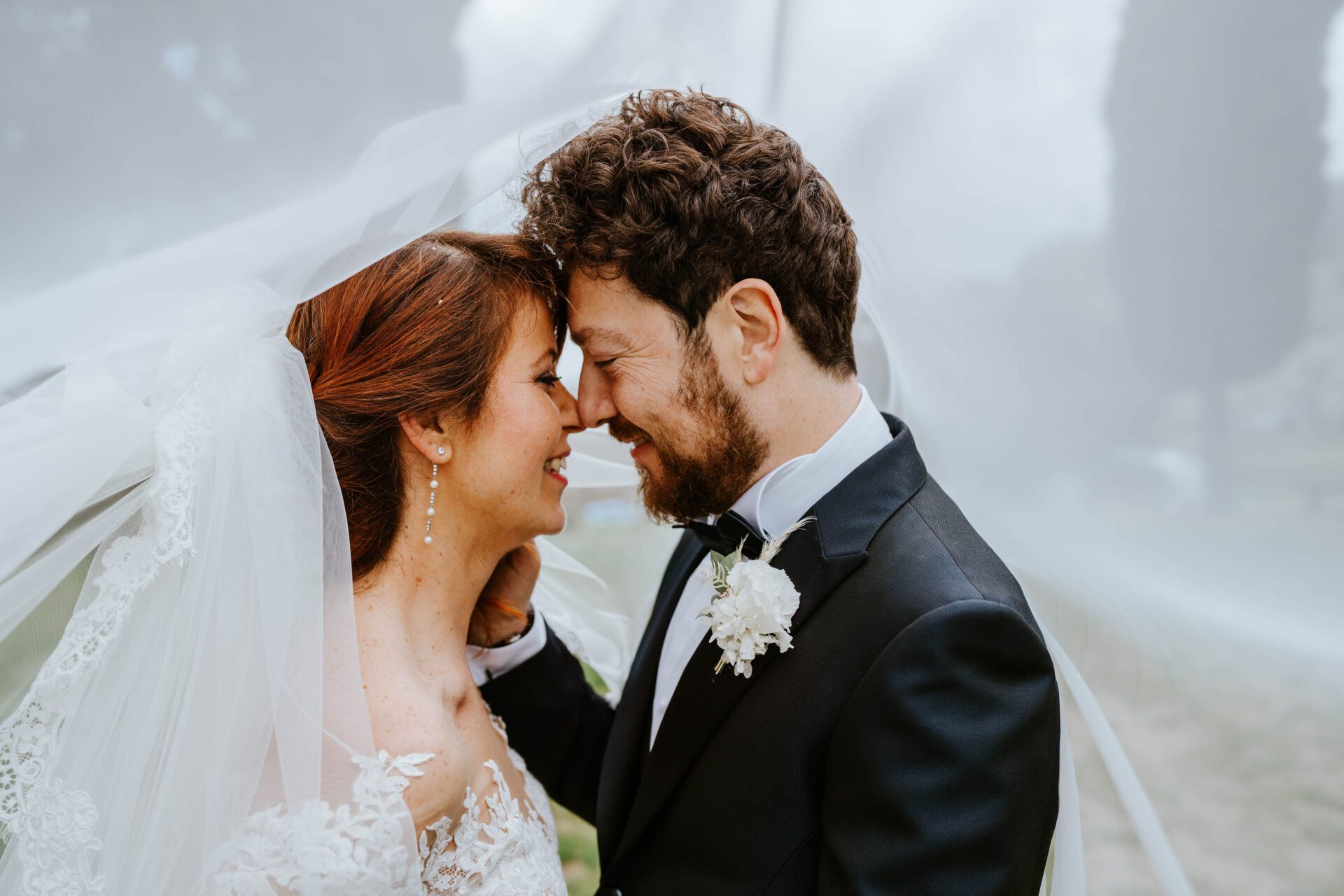 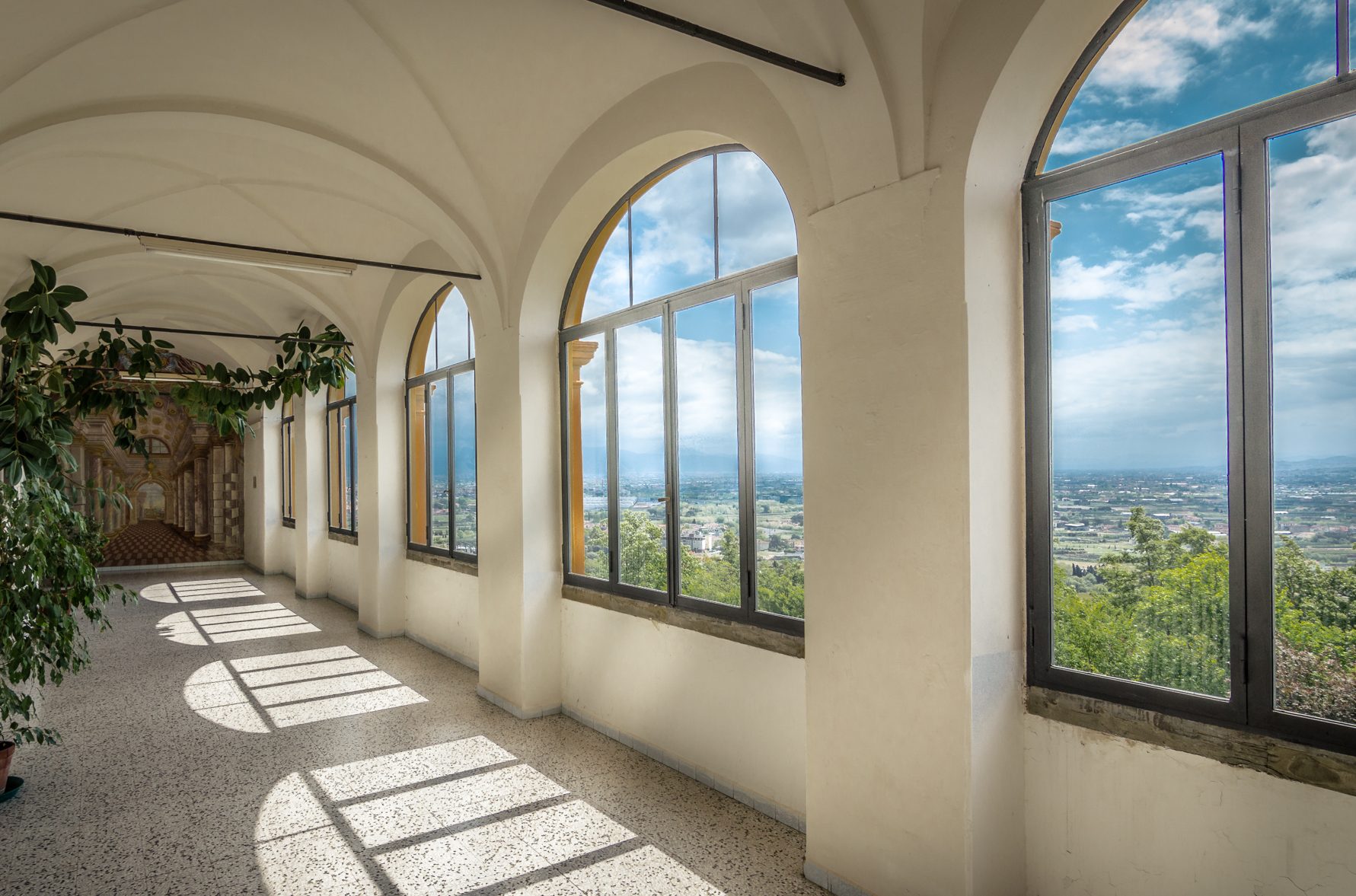 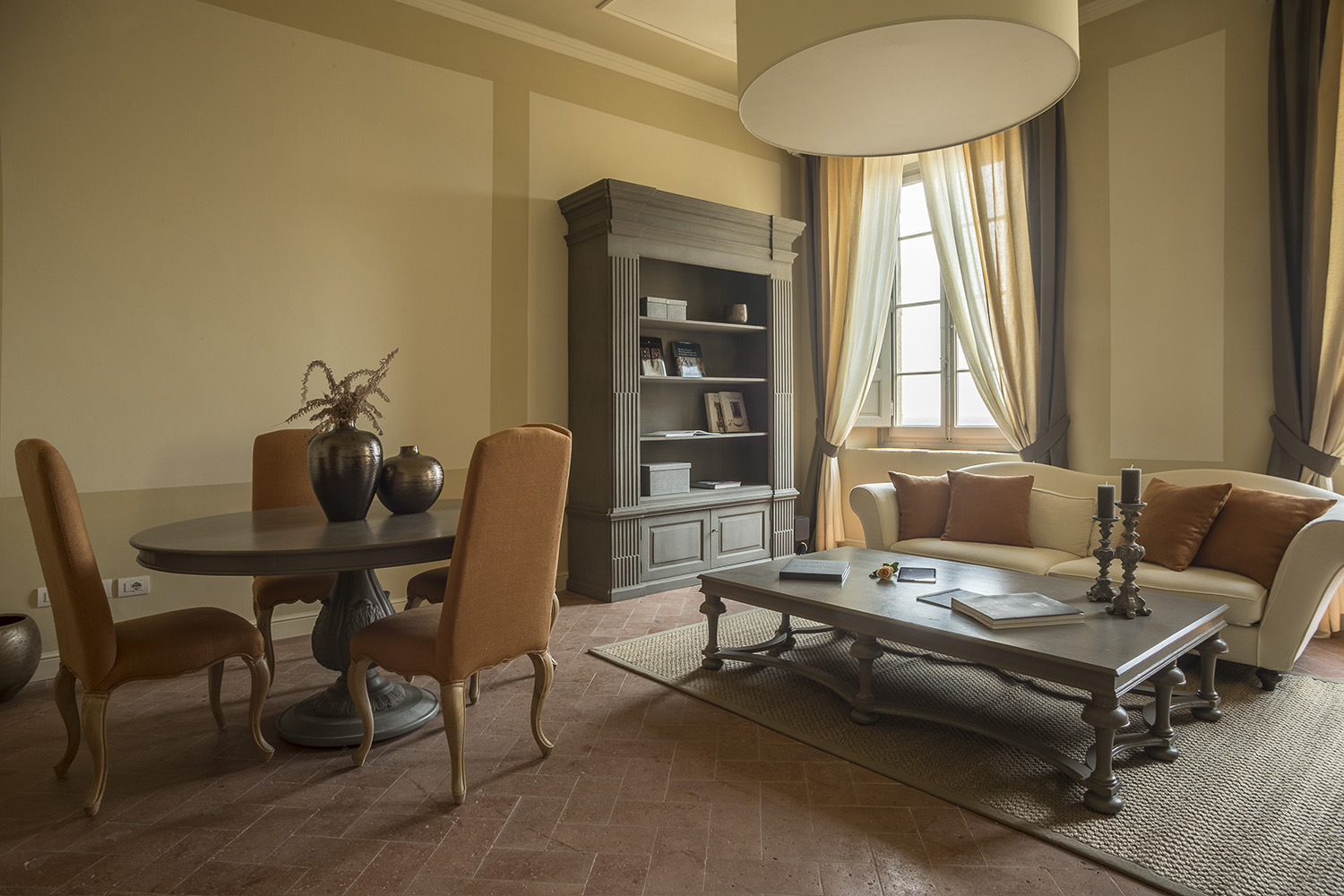 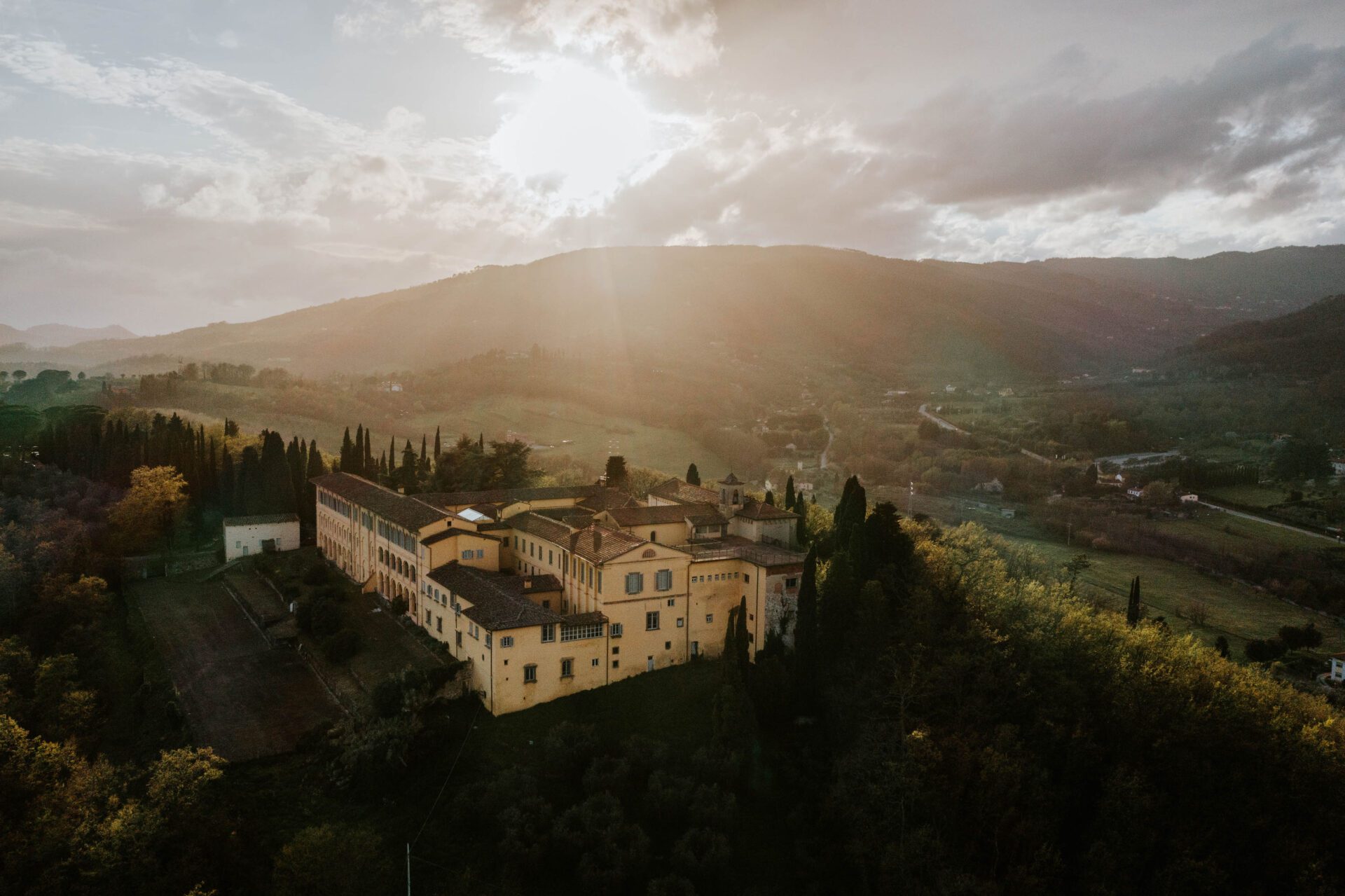 With its imposing architecture, Convento di Giaccherino dominates the plain of Pistoia from the top of the hill where it was built in the fifteenth century. The structure has a timeless charm that combines sobriety and elegance. Surrounded by nature, this venue for weddings in Tuscany offers an enchanting panorama from Florence to the village of Serravalle.

The complex probably owes its name to an innkeeper, Cecchino or Cieccherino, who lead an inn near the convent complex.

Convento's history from the 15th century to the present

The origin of the convent

The first plant of the structure dates back to the beginning of the fifteenth century. The work started under the guide of Gabriello Panciatichi, a wealthy banker from Pistoia who practiced usury and who, in his old age, tried to earn a place in paradise through donations and good works.

In the initial core of the complex, there was a small church, a refectory, two cloisters, the kitchen, and the infirmary. Here Frati Minori dell’Osservanza, a movement of reformist Franciscans, promoted a return to the initial rule of Francis, lived humbly in hermitage.
In the following centuries, the convent expanded itself with new spaces, works of art, and a precious library. Later, it became one of the most influential Franciscan centers in Tuscany, a place of study and the seat of the periodic meeting for the Chapters of the Province. 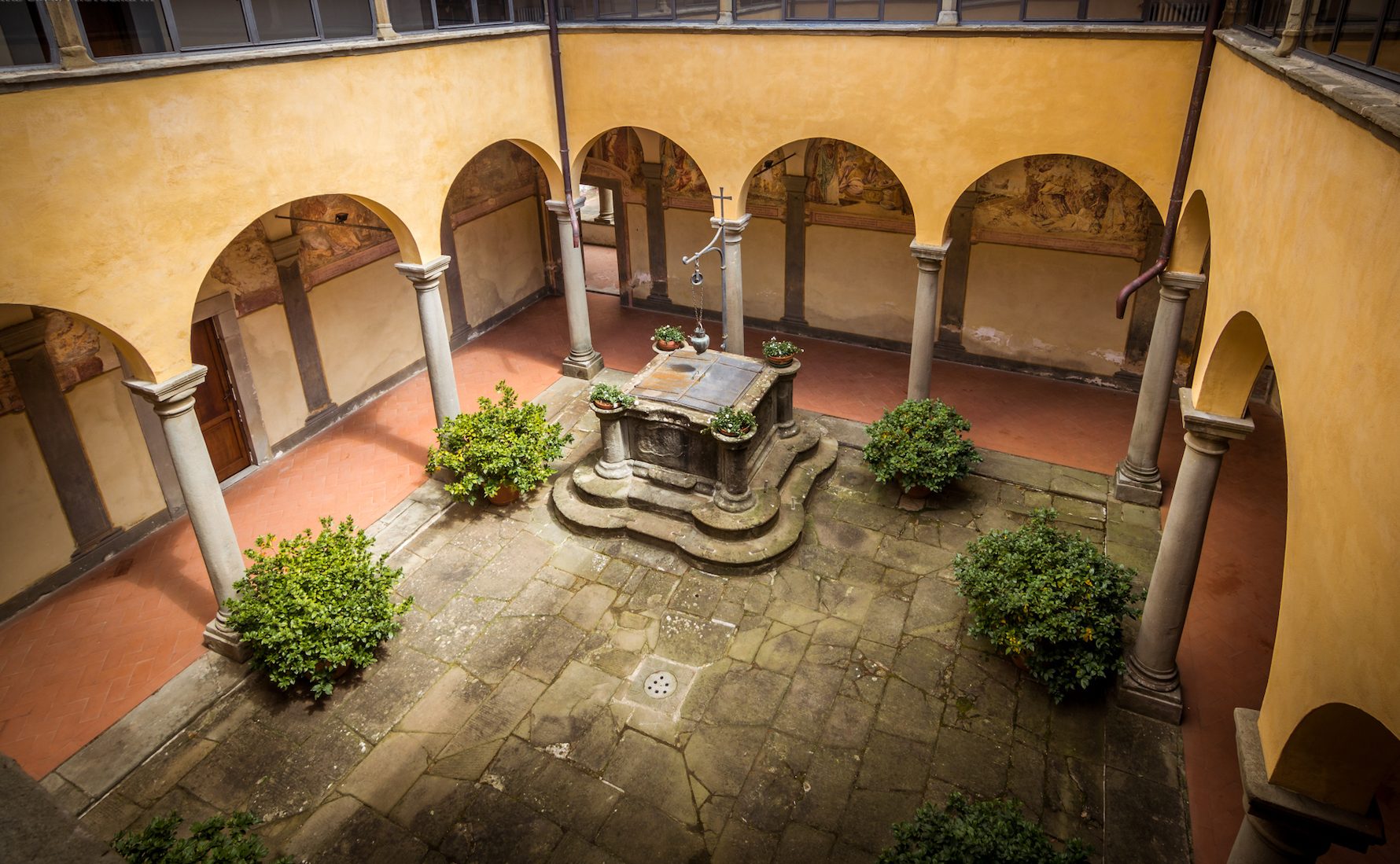 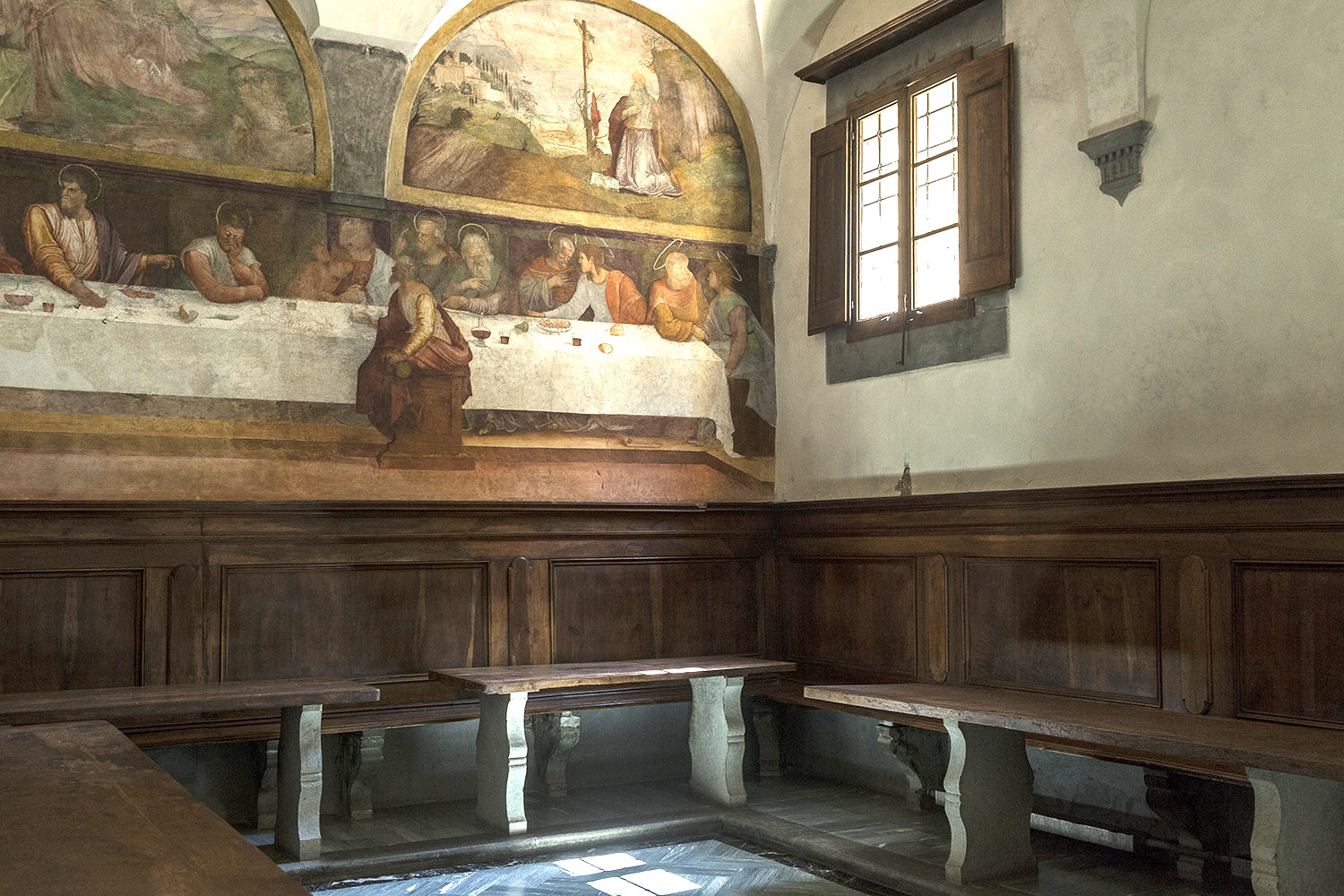 The indissoluble link between art and the convent

The history of the convent is linked to art. It has contributed to making it one of the most evocative and representative of the territory of Pistoia. It was equipped with artistic creations of Mariotto di Nardo and Rossello di Jacopo Franchi. In the second half of the fifteenth century, the major Pistoia and Florentine masters of illumination, including Benozzo Gozzoli, worked on the whole to create a group of liturgical codes of great artistic importance.

Today, the complex of the former Convento di Giaccherino is even more fascinating thanks to the refined restoration desired by the property and curated by the Superintendence of Cultural and Environmental Heritage. The work has been carried out in full respect of the historical, cultural, and artistic origin of the organism. The restoration made it possible to stop the decline caused by time and neglect.

Today, Convento di Giaccherino is an enchanting venue to organize weddings, ceremonies, gala dinners, and private events. Thanks to its large halls and equipped spaces, the complex also hosts congresses, meetings, conferences, and corporate events.
Thanks to the functional recovery of the structure and the works of conservation of the assets, Convento is perfect for cultural and artistic activities.

The rooms for events offer different capacities. You can choose them according to your needs and budget. In spring and summer, open-air spaces such as gardens, frescoed cloisters, and the panoramic terrace are also available.
The rooms of Convento di Giaccherino, enriched by a past steeped in history, spirituality, and art, show a beauty that resides in the authenticity of the atmosphere of the place. 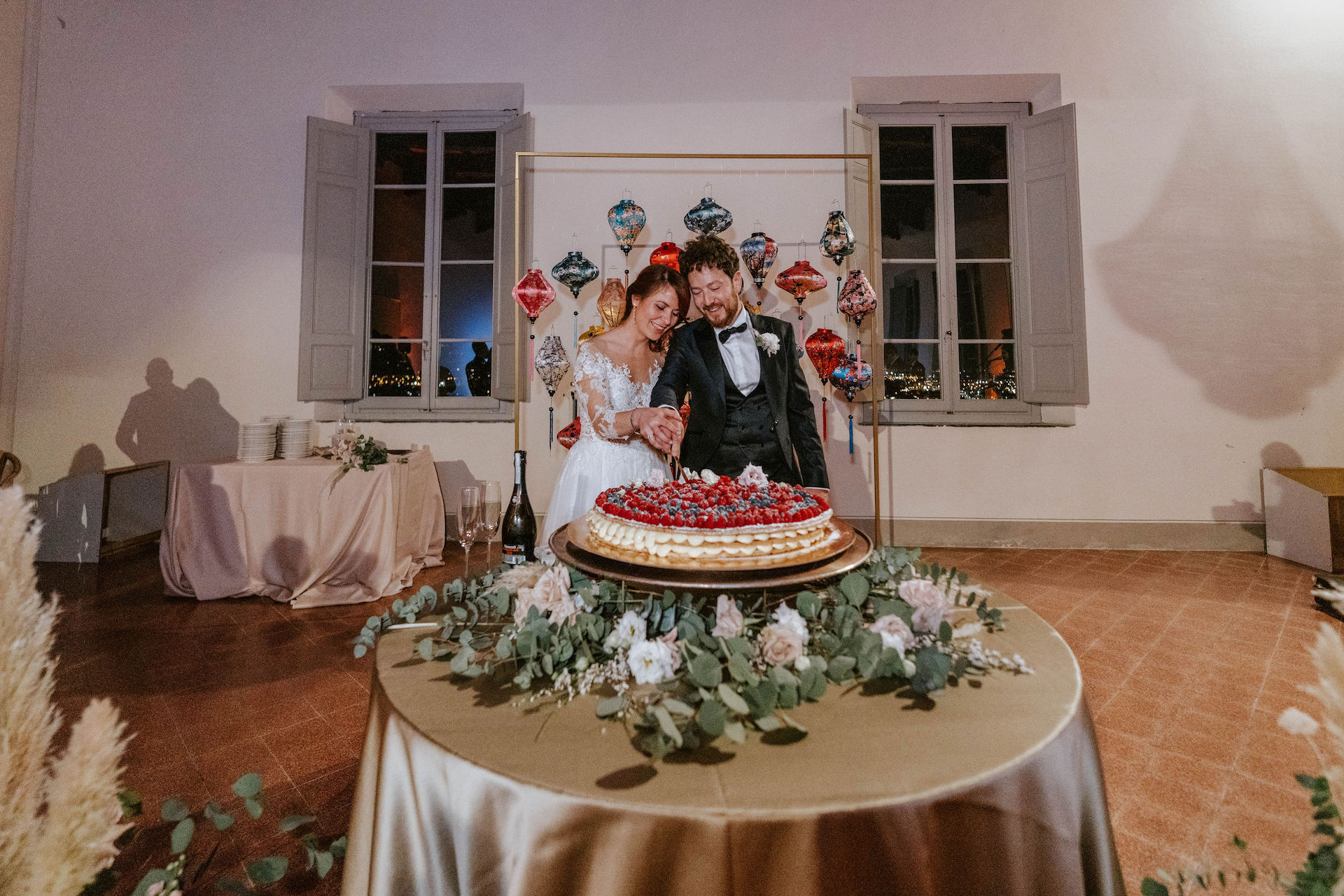 Do you need more information?

For more information about weddings, corporate events, and private events in Convento di Giaccherino, contact us.

The team is ready to answer all your questions and find the best solutions for every need. 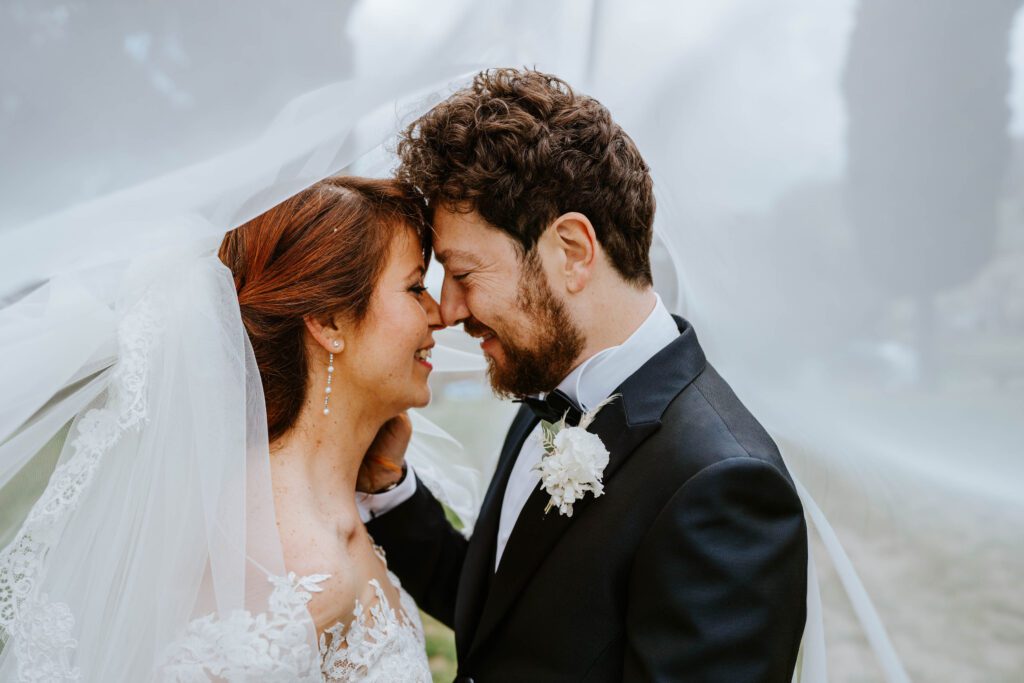 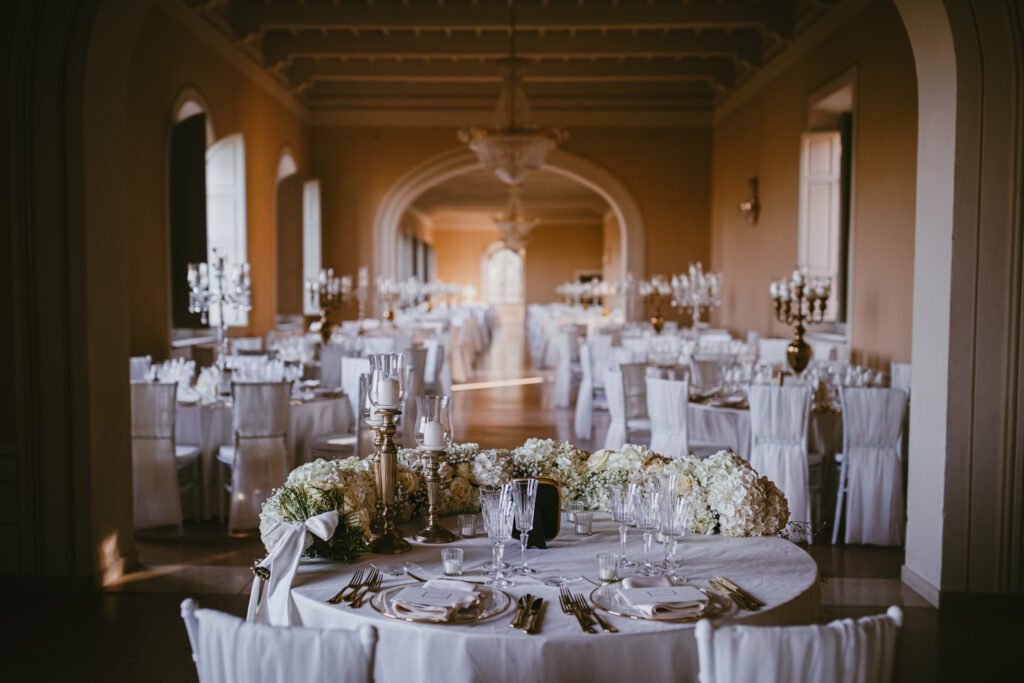 Please insert your email hereby to download our Company Profile.